7 Interesting Facts About Sleep and Fibromyalgia

Sleep and fibromyalgia go hand in hand and sleep issues are a primary symptom of fibromyalgia.

Those who suffer from fibromyalgia are almost always challenged by not having a good night’s sleep. Based on tests and studies, it has become apparent that if you tackle the issue of sleep disturbance at night that the symptoms of fibromyalgia seem to improve during the day. Here are a few facts you may not know how sleep and fibromyalgia are connected.

70-80% of people who suffer from fibromyalgia also indicate they have issues with sleep. Most people claim they do not feel they’ve had a good nights sleep and feel that any sleep they did have did not help them feel rested or refreshed for the day.

A common complaint with fibromyalgia sufferers is that they have a challenge falling asleep or even staying asleep once they do. This is essentially a description of insomnia, which can be treated with therapy, and has proven to improve fibromyalgia symptoms. 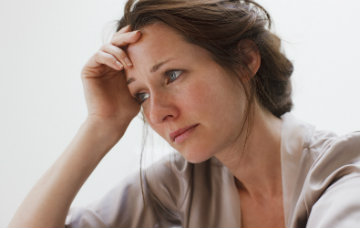 Fibromyalgia isn’t going anywhere anytime soon. It is estimated that about 2-10% of people suffer from fibromyalgia and its variants.

There were some studies completed on people who slept normally and what these studies revealed was quite interesting. The studies consisted of disturbing the sleep of a normal sleeper every night from between one week to two weeks. The studies resulted in sleep disturbance symptoms that mirrored those of a person who suffered from fibromyalgia.