My wife is a flower: Living with chronic illness and pain

We’ve all had a little bump or bruise at one time or another – bonked our knee on a coffee table or received a scratch from a branch. As regular people, we normally don’t give it a second thought and expect to heal within days… some of us within seconds. Unless our injury is something serious like a broken arm, we barely give any credence to the minor inconvenience to our body. I used to be this way and though nothing of a little nick here or there.

But things changed. Something I’ve learned in living with a wife who has an assortment of chronic pain and illness issues is that no injury, no matter the insignificance I think it might have, is something to ignore. A few years back when my wife was about six months pregnant with our second boy (he’s nine now), we had a medical scare where we thought she could possibly have a miscarriage. She was rushed to emergency in an ambulance and promptly given a shot in the thigh with medication that was to strengthen the baby’s lungs should they need to give my wife an emergency c-section. The short story is that Markus was born fine but, to this day and nine years later, I’m still unable to touch the area where the shot was given in my wife’s leg because it’s too painful. That is what having an invisible chronic illness like lupus and fibromyalgia will do to you. 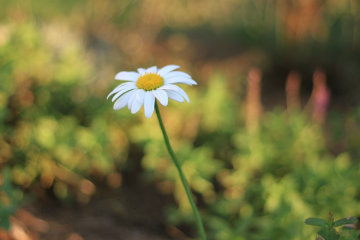 I’ve also discovered that people simply don’t get it nor understand it. It’s not because they don’t want to (at least I don’t think so), it’s that they don’t have a frame of reference to know how to cope with that type of condition. It’s tough knowing that many people simply don’t have the grace nor understanding to come alongside people with chronic illness and pain. It’s not a death sentence and it becomes all too real of a living funeral many days as, rather than reach out, people simply ignore. Let me ask you a question: what do you do when you see a person in the mall with an obvious physical disability? Do you walk to the other side of the hall so you don’t have to go near them? Do you say to yourself ‘that poor person…’ and give thanks that you aren’t like that?

Just as those with obvious physical disabilities face the shunning and chastisement of people simply because they are not 100% in the eyes of man, those with invisible chronic illness and pain deal with the same issues. People don’t walk to the other side of the hallway, but they do ignore and inflict pain in other ways. Sadly, our society is about the survival of the fittest and, if one doesn’t measure up to the level as assessed by some mystic uber-society, they are forgotten like an old photograph.

Here is a good resource from Focus on the Family on how a family needs to deal with and how living with chronic illness isn’t a death sentence. How does a family cope? This resource is from a biblical perspective, so please read and perhaps you can apply some of the information to your family.

I’ve taught my boys since they were knee-high to a grasshopper that their mommy was a flower. She wasn’t so frail that they couldn’t touch her, but they needed to treat her like she was as dainty as a flower. She was not for jumping on, punching, wrestling with, poking and hanging off of. So, to this day all I need to say to my boys is ‘What is mommy?”’, they say flower and then give her a hug. I’m proud that my son’s have seen the other side of chronic illness and pain because when they grow into men they will understand, show grace, love and acceptance for all people with disabilities.