I’m Not Dead: The Loneliness of Invisible Chronic Illness + Pain

Do you suffer with invisible chronic illness and pain + feel that nobody understands?

In the classic comedy movie Monty Python and the Holy Graille, there is a scene where the local Dead Collector wanders through the village crying “bring out your dead!” A poor soul, thought to have met his demise from the Black Plague, is brought out to the Dead Collector’s cart. Suddenly, this presumably dead person blurts out, “I’m not dead!” 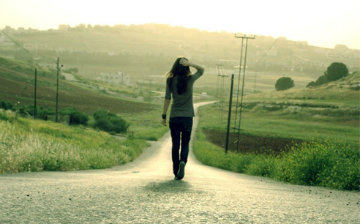 Do you suffer daily in silence with chronic illness and pain and feel that you’re invisible? Do you feel that no matter how poorly you feel, you simply get the shoulder shrug and relegated to being an after thought? Much like the poor soul mentioned above who was thought to be dead but in fact was very much alive, most people who suffer from invisible chronic illness and pain feel like yelling “I’m not dead!”

Speaking from experience from watching someone I love suffer through the sentence of invisible chronic illness and pain, she is, in fact, very much alive. We were chatting the other day about how it seems people simply a) don’t care about her suffering and ignore it or b) pay lip service to her condition and as soon as she’s out of sight she is forgotten. In our discussion, my wife mentioned how, through tears streaming down her face, it feels like she is living through her own funeral as most people, many considered friends, simply ignore her. Through trying to figure out the perceived crassness of people in their ignorance of the suffering of others and how to deal with it to her seemingly being forgotten as a societal burden, it donned on us that this is simply how it is. It’s life and we, just as others need to learn how to cope with those afflicted with invisible chronic illness, need to learn how to cope with our reality.

We’ve discovered that, through our dealings with a great number of people who are aware of our situation, most people simply don’t have the capacity to cope with someone who is in chronic pain every day. There is no moment in time in my wife’s life where she is feeling great. People simply don’t have a frame of reference for that reality, so the best mechanism to cope is simply to withdraw and ignore.

Do we blame people for this reaction? We came to the realization that, no, we don’t blame them at all. The fact of the matter is, this is just reality – people don’t have the tools to cope or respond. This, however, does not make it any easier to deal with the lack of contact from people once considered friends, people who have the best of intentions but simply don’t have the tools to cope. We really can’t blame any of them. If we were in their shoes, would we want to hang out with someone who we assumed couldn’t really participate in any activities? Is it not easier to simply ignore the seemingly overbearing elephant in the room and not deal with it all?

What people don’t realize is that all a person who suffers daily from invisible chronic illness and pain want is to be treated like a regular, normal person. They want to be treated and recognized just as any other healthy person would be. They would love a phone call to ask how they’re doing, an invite to a lunch or tea and perhaps even a visit to their home. A person with invisible chronic illness has learned to cope with the expected rejections, but this doesn’t mean it’s easily accepted. Quite often, just as others don’t know how deal with a person with a chronic illness, the afflicted wants to forget they have an illness. As mentioned earlier, just as the poor soul who claimed he wasn’t dead yet, a person with chronic illness and pain wants to be recognized as an individual who has a lot to give and offer.

Quite often people simply don’t know what to do, which is ok. We know that it can be uncomfortable to know what to say or do. My suggestion is simply to ask how the person is doing – genuinely ask and listen. We are thankful for those who have sent emails, sincerely tried to connect with questions, cooked meals, offered words of encouragement, supported us financially and showed Christ’s love and grace to us. It is these demonstrations of grace and love that truly keep us sane most times as we deal the daily realities of what we go through.

I wrote a song a little while back called Invisible. It was a song written to draw attention to and inspire those women who suffer daily with chronic illness and pain. Take a listen and perhaps you know of someone who would be blessed to hear and know that there are others fighting the same fight they are.